someone told me I should write more for this thing, like that's what it's all about, an invitation into this life. is that true? it is not just annoying? Should I tell you secrets? secrets that are not really secret except who would I tell them to? Like how it is Christmas and maybe the first time that it doesn't matter to me, there is something almost nice about it. this feeling like finally I don't feel lonely, don't feel resentful about other people having families, or resentful about why do we celebrate this sickculture thing? I just feel ok. like ok. for real. I don't have to go to brunch just because other people are. I got my sister stripped socks but I got myself some too, so it's ok. I knit a hat. I layed in bed and read.
Posted by doris zine blog. for website go to dorisdorisdoris.com at 11:34 AM 1 comment:

My very nice friend Michael is trying to find a ride up to philly or boston or ny or whereever, and I said I would ask on here, just in case. so if you or anyone you know is going that way, write me. thanks!
Posted by doris zine blog. for website go to dorisdorisdoris.com at 2:36 PM No comments: 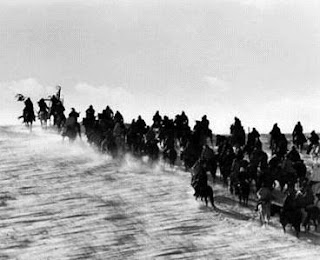 someone told me today that the Lakota Nation declared themselves no longer part of the United States. They are issuing their own passports, talking to Bolivia and Venezuela. They "withdrew from the constitutionally mandated treaties to become a free and independent country."

“This is an historic day for our Lakota people,” declared Russell Means, Itacan of Lakota. “United States colonial rule is at its end!”

“In order to stop the continuous taking of our resources – people, land, water and children- we have no choice but to claim our own destiny,” said Phyllis Young, a former Indigenous representative to the United Nations and representative from Standing Rock.
Young added, “The actions of Lakota are not intended to embarrass the United States but to simply save the lives of our people”.

After 150 years of colonial enforcement, when you back people into a corner there is only one alternative. That alternative is to bring freedom back into existence by taking it back - back to the love of freedom, to our lifeway. Canupa Gluha Mani
Posted by doris zine blog. for website go to dorisdorisdoris.com at 6:45 PM No comments:

Sometimes when I'm depressed, I try and learn the full lyrics of songs. like right now, don't try suicide by team dresch. I think I can sing it and figure out the notes, and I try singing into my electronic note finder, and every time it is different. someday. I am thinking of starting a rockandroll summer camp for grown up girls and grown up people who were never encouraged to rock. maybe in 2009, so keep it in mind. ohio.
I have left the ranch. the sweet kimba dog who can now only hear my voice when I yell because she is deaf and I am the only one who will yell in the right high octave, but she is still like a dear. she used to climb trees. she used to sit up in the branches. me too.
I have been thinking about friendship and how I once had a friend who was in it with me. who made plans around where I was, and who I made plans around what they needed too. and there were problems, of course, be we were in it together, and I never have that anymore. I was thinking maybe it is just getting older, and how people couple up. and I was thinking, maybe I just need to do it. commit myself that way. ok ok. I will. someday
Posted by doris zine blog. for website go to dorisdorisdoris.com at 10:49 PM No comments: 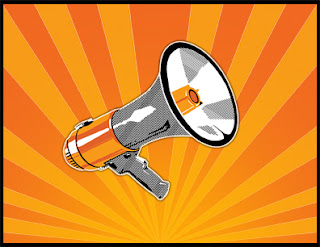 this is a call for action from the catalyst project

To Our Family, Friends, and Comrades,

We really want to encourage you all to do what you can to support the struggle to stop the demolitions of Public Housing in New Orleans, below are some ways you can. This is an incredibly intense and important moment right now to support thousands of working class and Black residents of New Orleans from being permanently displaced from their home. National solidarity is needed!
Catalyst Project organizers Clare Bayard and Ingrid Chapman are in New Orleans, working with our local and national allies supporting the grassroots mobilization. Ingrid sent us these suggestions for support and the overview of the situation.

Ways to show support:
Participate in a solidarity actions (see the list of events below).
Call all the representative you can and put the pressure on Nationally (all numbers listed below).
Share this information with others and ask them to take action.
Send folks you know who are from New Orleans or live hear loving and supportive email text and phone messages.
Donate money for supplies, many orgs down hear are broke.
Prey, meditate, do what ever you do to send some hope, energy and love to folks in and from New Orleans engaged in this struggle.


We have been in New Orleans the past week and we're really feeling the enormity of this moment. This week developers are scheduled to begin demolishing 4 major public housing complexes, a total of 4605 low-income housing units. Only 744 are slated to be rebuilt. Resulting in thousands and thousands of low income families unable to return home to New Orleans and or homeless. This is all happening while the government is evicting thousands of people out of the FEMA trailers parks. They are planning to kick everyone out within the next 3 month, that is 52,000 families! This is also happening at the same time that there are hundreds of homeless people camped out in tents across from city hall. The city gov has been threatening to go in this weekend and destroy the homeless encampment and erect a fence around the park. Protest has pushed this back temporarily.

Homeless folks have been organizing under the name of Homeless Pride and have had up to a thousand people sleeping across from city hall and have been occupying the park for months. They estimate that there are currently between 12 and 16 thousand homeless people in New Orleans right now.

Residents of Public housing have been fiercely organizing to reopen public housing for the past 2 years. They have done many marches, occupied the multiple housing complexes, done sit ins at government officials offices in Washington DC, erected protest villages in front of the fences holding them out, had sit down meetings with city, state and federal officials and much more. Residents and Allies are working really hard to hold off the wrecking balls and bulldozers these coming weeks. National solidarity is vital right now.
Contractors have to begin Demolition by the 18th to get millions of dollars in tax credits. Direct Actions are being organized for next week to trying do what every we can to hold off the developers until the 18th in hope that can give us more time to build pressure to permanently hold them off. Hundreds of people are stepping up locally and nationally committing to risk arrest and participate in these direct actions. There is a strong call from folks locally for people nationally to come to New Orleans and participate in the Direct Actions, the call is below.

There are also solidarity actions happening around the country.

To my folks in the Bay. There is an action Friday 12/14 @ 12pm, Oakland! at 13th St. and Broadway in Oakland. For more information on the Oakland action or to let them know you are coming please contact Katrinasolidarity@gmail.com

With much love and appreciation,

The country is mobilizing in response to the horrendous treatment of New Orleans citizens. Below you will find a list of events being held around the country, as well as a list of phone numbers you can call to raise awareness and push for justice.

Make Some Noise!
We are calling on our national allies to take action at home against the demolitions and in support of housing as a human right. Because the assault on public housing in New Orleans is a threat on public housing across the U.S., we must stand up nationwide in the fight against neoliberalism and racism. We need people to make calls demanding the reopening of public housing AND organize demonstrations at local HUD and other government buildings on December 10th - Human Rights Day.

City Council Member Stacey Head: Head has been the leading force on the City Council in pushing for the demolitions and mixed income housing. (504) 658-1020

D.H. Griffin: The Contractors hired to demolish Lafitte. . For the locations of local offices across the South (888) 336-3366

Send info about any solidarity actions happening to action@peopleshurricane.org with "Solidarity" in the subject line.

If you have any questions contact the Stop the Demolition Coalition at action@peopleshurricane.org or call us at (504) 458-3494.
Posted by doris zine blog. for website go to dorisdorisdoris.com at 10:58 AM No comments:

OK! the Apoyo zine (the spanish translation of the support zine) is at the printers right now, and I'm wondering if anyone wants to work on compiling a list of rape crisis centers in the US. (we are working on getting it printed in Mexico City too, so that's next). We're trying to get it in to more centers, and also in to schools - so we need lists of colleges that have women's health centers, or rape prevention programs.
If anyone's interested in compiling information for a state or region, maybe you could post it here, so there won't be overlap of people doing the same place.
thanks!!!
And thanks everyone for donating! We've raised $250 so far. I'll be sending all you donators some kind of presents when I get resettled.
Posted by doris zine blog. for website go to dorisdorisdoris.com at 8:30 PM 2 comments:

Call For Submissions!
Stories of Good Consent!
As survivors find their voices and break the silence around sexual violence, it would be a valuable compliment to speak about the good experiences we have all had. Showing how sexy consent can be will help de-eroticize the coercion and violation that are so central to the sexuality we are taught. We would like to share stories of many flavors and contexts of consent. Everything from platonic friendship to the trickiest of S&M scenes is welcome. We'll be publishing these stories in 'zine format to be distributed widely. In order to protect everyone's privacy we will publish all stories anonymously and we ask that you please take care to protect the privacy of the people in your own stories.

please send submissions or questions to: bramble.greenbrier@gmail.com
Posted by doris zine blog. for website go to dorisdorisdoris.com at 10:01 PM No comments: 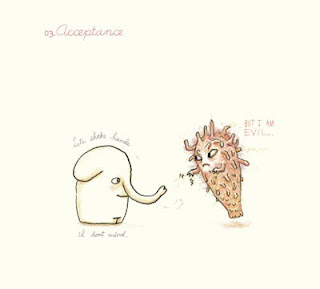 this is a link to the sweetest little zine someone gave me.

how to have no fear
Posted by doris zine blog. for website go to dorisdorisdoris.com at 11:06 AM No comments: