OK! update. I will be reading at Left Bank books in Seattle, March 13 at 7:00, hopefully with a couple other people - like Nealy from Mend My Dress.
Posted by doris zine blog. for website go to dorisdorisdoris.com at 3:07 PM 3 comments:

I remembered, when I can't figure out how to get my head to work, study always helps. Active reading, taking notes, thinking hard about things outside myself.

I have been thinking about how much nicer it is when we tell eachother what we like about eachother. I seriously think hardly any of us get enough acknowledgement, and a lot of times we focus on the negative things about our friends, or if we think our friends are great, we compare ourselves to them and think we suck. but why? So many of us feel so lonely and unappreciated and self hating, so I want to recommend that we start practicing telling eachother what inspires us about eachother. a lot.
Posted by doris zine blog. for website go to dorisdorisdoris.com at 7:45 PM 2 comments:

I just want to aknowledge how hard it is to do almost anything half the time. I think sometimes that people think that they are the only ones who struggle with motivation and despair and committment and getting shit done, but if you feel alone, you are not. It is so fucking hard to keep going and stay focused. Like, right now I am trying to start on this writing project, and I said I would write on it for 3 hours today, but I just scratch away and think of a million reasons why I can't write it, why I don't know enough and can't focus enough and don't write good enough and what if I get it wrong. And I just want to go work, do some mindless tasks. This is the struggle. to keep going despite it all.
Posted by doris zine blog. for website go to dorisdorisdoris.com at 8:02 AM No comments:

Hi! I am about to start working on my political autobiography, which sounds kind of weird and self-important, but it's really more about the political stuff that has been going on in my lifetime than about me. But I have a lot of research I need to do, so if anyone has books about these subjects that they don't want anymore, let me know. You can send them to pob 29 athens oh 45701:

Alternative Schools in the 70's
Sanctuary Movement
US intervention in Central America
bombing of Granada
Anti-Aparthied Movement + US Divestment from S.Africa
Reganomics + funding cuts for artists
Deep Ecology + Social Ecology vs Deep Ecology
Judi Bari
Co-op Movement in Minneapolis (from the 50's or whenever)
Love and Rage
ACT UP
Gurilla Girls
Riot Girl Movement
Self-Defense Movement
Sex Wars (anti-porn vs pro-erotic freedom or pro-sex)
Media Representation of social movements since the 80's
James Bay
Prarie Island
ARA
Punk (espcially 80's and 90's punk stuff)
Straight Edge Movement
Fetal Subjectivity
Rise of the Christian Right - especially about their tactics getting on school boards, etc.
Clinic Defense
Beginnings of the WTO, World Bank and IMF - or overviews of how all that developed
Identity Politics
Class Identity and the shrinking of US Middle class
Free Trade + US companies moving to Mexico, etc
500 Years of Resistance
Food Not Bombs
Zapatistas
Autonomen (I don't know how to spell it - German radicals)
Squatting in US
Anti-Mass
Zines (I don't want a bunch of zines, because I have tons, but maybe a book about them)
Crimethinc
War on Drugs
War on Terror
Incarceration of African-Americans + the Prison Industrial System
Iraq Wars

I know there's a lot I'm forgetting right now. It'll all come together better once I'm in the writing.
thanks!!!
Posted by doris zine blog. for website go to dorisdorisdoris.com at 5:37 AM 6 comments:

Oh, Baltimore. Once upon a time there was a church that was falling apart and couldn't pay their bills, and had been involved in radical stuff since forever, and so they approached the Anarchist bookstore, Red Emma's, and asked if they would like to do community events in the big room in the church. So they helped fixed it up and they have events, even punk shows in there. But what I went to was Jazz Brunch, which I figured would just be a silly punky thing, and I learned a jazz song to sing, "My Cat Arnold", by Karen Mantler. Because I'd heard that if you brought an instrument you got $4 brunch instead of $7. But when I got there it was the sweetest, more commuinity kind of thing I'd ever really seen. It was punks at the door and serving the food, but it was all kinds of people. all ages and not just white. and there was a real jazz band playing that was two kids who were probably about 15, and three older people. And the line for brunch was out the door. there were big tables, lots of them, and a girl with long dreads and a good loud voice who was a welcomer, and welcomed each section of the line, explaining how it worked. The welcomer made it feel so welcoming! So much less confusing and more fun, less alienating. I wish all punk/anarchist spaces would remember about being welcoming, and making a point to really do stuff like that.
Jazz Brunch. I love Jazz Brunch!
Posted by doris zine blog. for website go to dorisdorisdoris.com at 9:43 AM 2 comments:

A lot of people lately have been asking me what I think accountability is. I have recently been trying to demand accountability from two people who are assaulters. One of them is an ex-good friend of mine, who was totally clueless about the fact that he assaulted someone - he thought it was consentual but was totally willing to accept the survivors experience. I don't think that in his heart he really sees himself as a perpetraitor though.

In a couple instances lately, perpatrators I have known have gone to counciling that was specifically for rehabiliting perpatrators, and these councilors usually deal with people who have been court ordered to go there. I wish these worked, but I feel like these councilors have downplayed the importance of more subtle forms of abuse and consent, and have made the perpatrators feel like what they did was no big deal.

I have gotten a lot of criticism about the tactic of ostricizing perpetraitors from communities, and a lot of talk about how the perpetraitor is not going to change if people aren't staying friends with them. I believe that ostricization is a powerful tool. I believe that people are capable of making fundamental changes in themselves, but I have seen over and over again that many people are not willing to make these changes until their lives become too fucking uncompfortable for them to avoid dealing with it. Ostricization makes people uncomfortable. Friends of the perpetrator who believe that they can help the perpetraitor change need to be consist and active in pushing for accountability and change. there is a fine line between being an enabler and helping someone change.

I have also heard a lot of talk about "what is community", and how we don't really have one so how can anyone be held accountable. I think this is bullshit. Community doesn't have to be super tangeble to be real. If you work with someone, if you go to the same places as them (shows, coffee shops), if you live in the same neighborhood or town or even city, all those things count. Community accountability is about breaking out of the "none of my business" mentality that has allowed abuse to happen and contiuing happening. It is all of our responsibilities to speak out and stop abuse.
Posted by doris zine blog. for website go to dorisdorisdoris.com at 9:46 AM 4 comments:

I'll be in Baltimore doing a zine reading thing at Red Emmas bookstore on Feb 18, at 7pm. and in Seattle on March 9th I'm not sure what time.
Posted by doris zine blog. for website go to dorisdorisdoris.com at 10:09 AM 3 comments:

I think I'm going to be in Seattle on March 9. I don't know if I have any dorisy people in that sweet city, and I've never been there before. but if anyone is out there, and thinks I should try and do a reading somewhere, tell me! where?
Posted by doris zine blog. for website go to dorisdorisdoris.com at 9:11 AM 5 comments:

how to built stuff

sometimes i used to not build things because I thought I didn't know how. Now I have been building things for a long time. I don't know if you can tell how crooked this is, but it is very crooked. who cares. it stands up. here is how you do it. find wood. cut it. if you use a circular saw and you have long hair, make sure not to get your hair in the moving sawblade. cut little strips of wood for the shelves to rest on. If you are hammering them in or screwing them in and the wood keeps splitting, drill holes first. the holes should be a little smaller than the nails or screws. I totally recomend this drilling step. It takes away a lot of frustration.
measure, or just put everything near eachother and guess.
to make it not so tippy, put a board going diagonal against the back, and then screw this into the wall.
Posted by doris zine blog. for website go to dorisdorisdoris.com at 11:42 AM 1 comment: 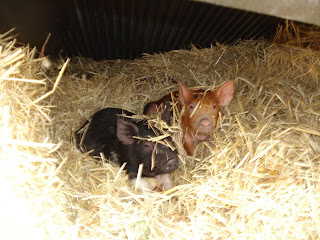 these are my old roommates new pigs.

i am trying to find a ride to baltimore, (from athens or columbus ohio). anyone? I know it's a long shot.
Posted by doris zine blog. for website go to dorisdorisdoris.com at 9:23 AM No comments: